Disi Women: A Great Example of Pioneering in Conservation

When a few determined women from the Disi Women Cooperative (Wadi Rum) had a vision of restoring the environmental heritage represented by the native “Ghadha” plant in the Wadi Rum area, they came together to make a difference – not only for the environment, but for their community and personal entrepreneurial skills as well. Disi Women, a local women

cooperative in Wadi Rum, led the project to breed Ghadha using modern breeding techniques supported by UNDP under the Mainstreaming Rio Convention Provisions Project, which is funded by the Global Environmental Facility (GEF).

The Disi Women project aims to overturn the adverse consequences of tourism and over-grazing through planting 1000 Ghadha trees in three natural wadis. The technology used to achieve this feat included the modern TISSUE Culture and other modern techniques. In addition to reintroducing the plant, the project also aimed towards raising the environmental awareness of the surrounding communities through community engagement in the management activities. 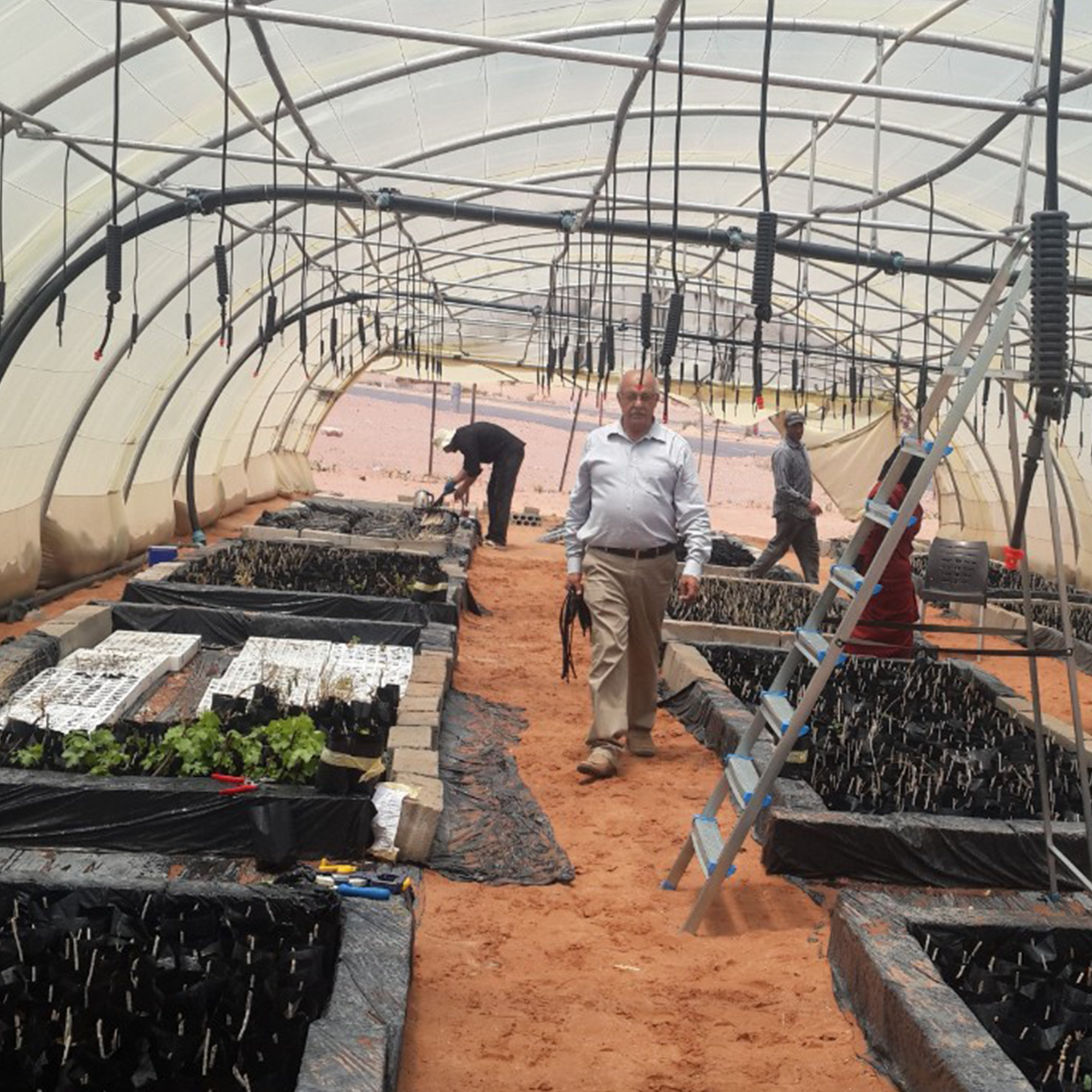 One of the Ghadha farmbeds at the project site in Disi

To the dismay of the locals of the Wadi Rum area, the Ghadha plant has nearly gone extinct within the last decade. This is largely due to tourism and animal grazing. The importance of the plant, however, remains critical to the locals in the area. To them, the Ghadha plants hold a great value for soil stabilization (protection from sand dunes accumulation). Additionally, the Ghadha plants also aid the locals in making great fuel for keeping themselves warm in the cold winters. Without the Ghadha plants, the locals would lose an important natural component to their lifestyle that, a decade ago, aided them in their agricultural and domestic success.

It is only through Mainstreaming Rio Convention Provisions Project, implemented by UNDP and funded by Global Environment Facility, that Disi Women have been able to make significant progress in their efforts to revive Ghadha. Rio Convention relates to the following three conventions, which are results of the Earth Summit held in Rio de Janeiro in 1992. These conventions are the United Nations Framework Convention on Climate Change (UNFCC), the Convention on Biological Diversity (CBD), and the United Nations Convention to Combat Desertification (UNCCD). Each instruments represents a way of contributing towards UNDP’s Sustainable Development Goals (SDGs), of Agenda 2030 by focusing on biodiversity, climate change, and desertification. The goal of UNDP’s involvement with the Rio Convention is to deliver global environmental benefits through more holistic and effective management of the natural environment to meet national socio-economic priorities. 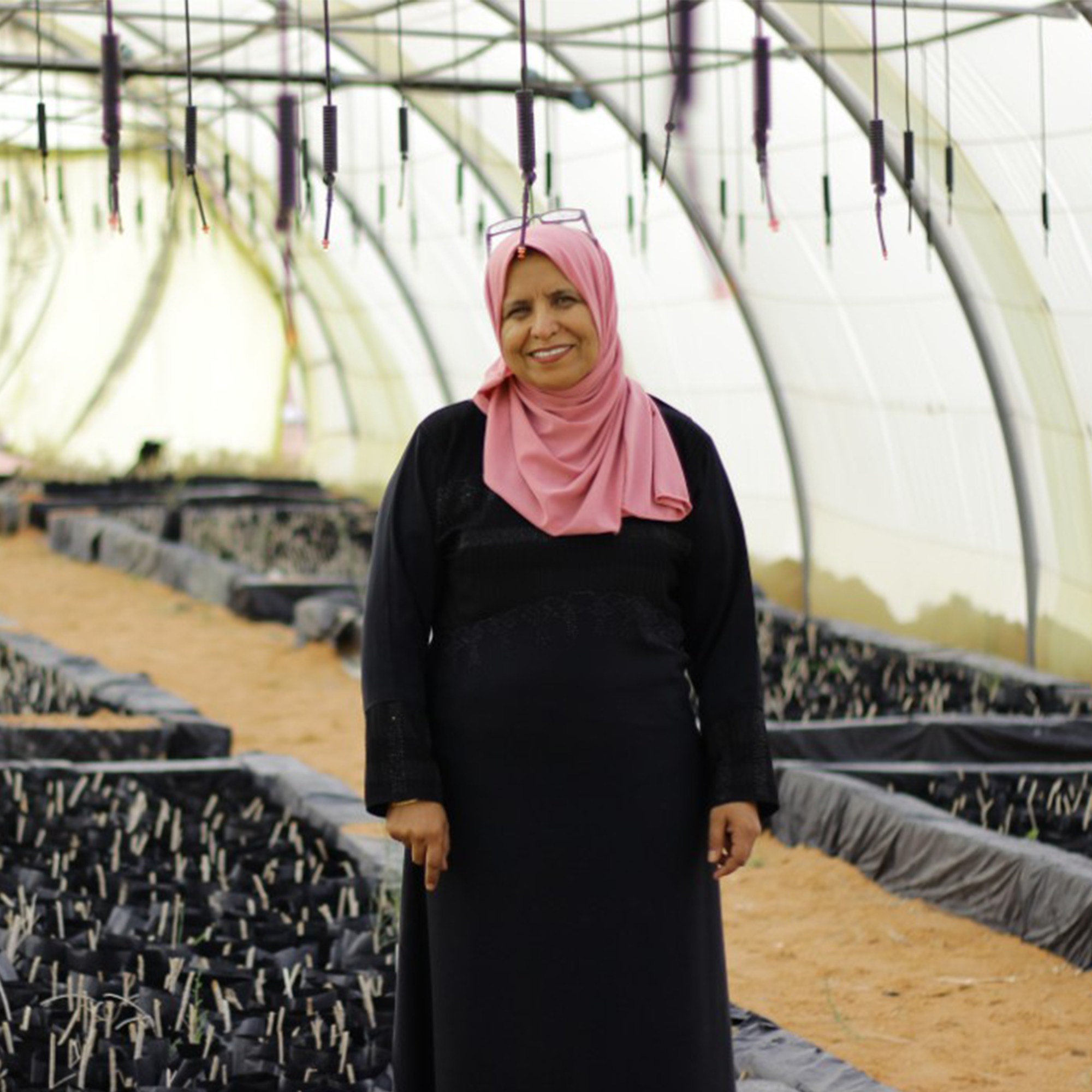 Beneficiaries believe the project contributes to overturning the adverse consequences of tourism and over-grazing through planting 1000 Ghadha trees in three natural wadis.

Since the Disi Women Cooperative vision was initiated in 2017 , the organization has been successful in constructing two greenhouses equipped with irrigation systems and tools necessary for propagating seedlings. Additionally, they have developed infrastructure, water tanks for storage, and a service room for soil preparation. Following the plant breeding, the next step for this powerful initiative is to reintroduce the plant back into Wadi Rum, which is a main attraction in the tourism sector for Jordan.

Through their efforts, the Disi Women project has been able to legitimately enhance women’s participation in the local environment that will, in turn, have a significant impact on the family income-generation resources. Further effects of the project include the employment of new skills towards women who planted the endangered plants of high conservation value.

Building on its success, the cooperative is now partnering with Wadi Rum Visitor Center to involve tourists in the planting activities and the creation of a sustainable model for conservation. Currently, the organization continues to produce hundreds of Ghadha plants that remain in the greenhouses until they are ready to be planted in the reserve area. One day, Disi Women hopes to see eco tourists buy the seedlings and plant them outside.