Washington DC, February 7th 2020.- “Investing in Women’s Leadership to Change Economic Scenarios: Lessons and Cooperation with the Private Sector” is the title of the side event that brought together key stakeholders in Chile to have a dialogue and share best practices around women’s leadership in the corporate world.

The event took place on January 30th, 2020 in Santiago, Chile, on the margins of the XIV Regional Conference on Women in Latin America and the Caribbean, hosted by the Inter American Task Force on Women’s Leadership with the support of the Government of Canada.

This dialogue was attended by our speakers: the Hon. Minister of Social Transformation and Gender Affairs of Antigua and Barbuda, Samantha Marshall; the Executive Secretary of the Inter- American Commission of Women (CIM/OAS), Alejandra Mora Mora; the Officer of Gender and Social Affairs of ECLAC, Lucia Scuro; the President of Women CEO Peru, Cecilia Flores Castañon; the Co-Founder of SheLeadsIT, Bridget Lewis; the Communication Manager at Medtronic, Johnny Méndez, and Liriola Leoteau, civil society representative.

Besides the highlighted initiatives conducted by the Task Force members, like the Initiative Win Win (UNWomen), the “Sellos de Igualdad” (UNDP), and the Gender Parity Initiative (IADB), during the dialogue they shared the best practices and innovative approaches aimed at promoting women’s leadership in the business sector, as well as public as private sector.

During her inaugural address, Alejandra Mora Mora highlighted that “women have been through millennia of struggle with countless women fighting. So that we can stand here now. We are our foremother’s heirs. We carry their legacies with us”.

In addition, Minister Marshall highlighted “women have the opportunity to lead now, but we won’t have this power for long. Our time is limited. That’s why we must commit ourselves to build a legacy for future generations now”.

Cecilia Flores, President of WomenCEO Peru, called for more women as board members working with other women to serve as transformative engines. Also, Bridget Lewis added “the necessity to lift the wings of girls and young women, investing for more of them to get involve as protagonists of the technological revolution”.

On the other hand, Johnny Mendez highlighted the importance of men to get involved in

equality, because this is not only a women’s issue. Also, he added: “At Medtronic, we have been able to prove the profitability women’s leadership”. Liriola Leoteau emphasized that “political will is fundamental to generate changes”.

With this event, the Inter American Task Force on Women’s Leadership is calling for the public sector as well the private sector to commit to specific measures aimed at increasing the number of women in high-level positions. Measures such as the capacity building of women workers, work/life balance programs, equal pay, as well gender quotas for board directors, as for example the Law 56/2017 passed by the Panamanian Government, which was highlighted during the dialogue as good practice to expand around countries in the Americas.

The Task Force is composed of key inter-American and international organizations, which have recognized expertise and programming related to women’s leadership. These include: the Economic Commission for Latin American and the Caribbean (ECLAC), Inter-American

The main objective of the Inter-American Task Force on Women’s Leadership is to position the Americas and the Caribbean as the leading region in achieving SDG 5.5. We aim to contribute to accelerated commitment and actions across all sectors and advance women’s leadership in power and decision-making.

According the OAS General Assembly Resolution AG/RES. 2928 (XLVIII-O/18), the Inter-American Commission of Women (CIM) is instructed to serve as Technical Secretariat of the Task Force, counting on with the support of the Government of Canada. 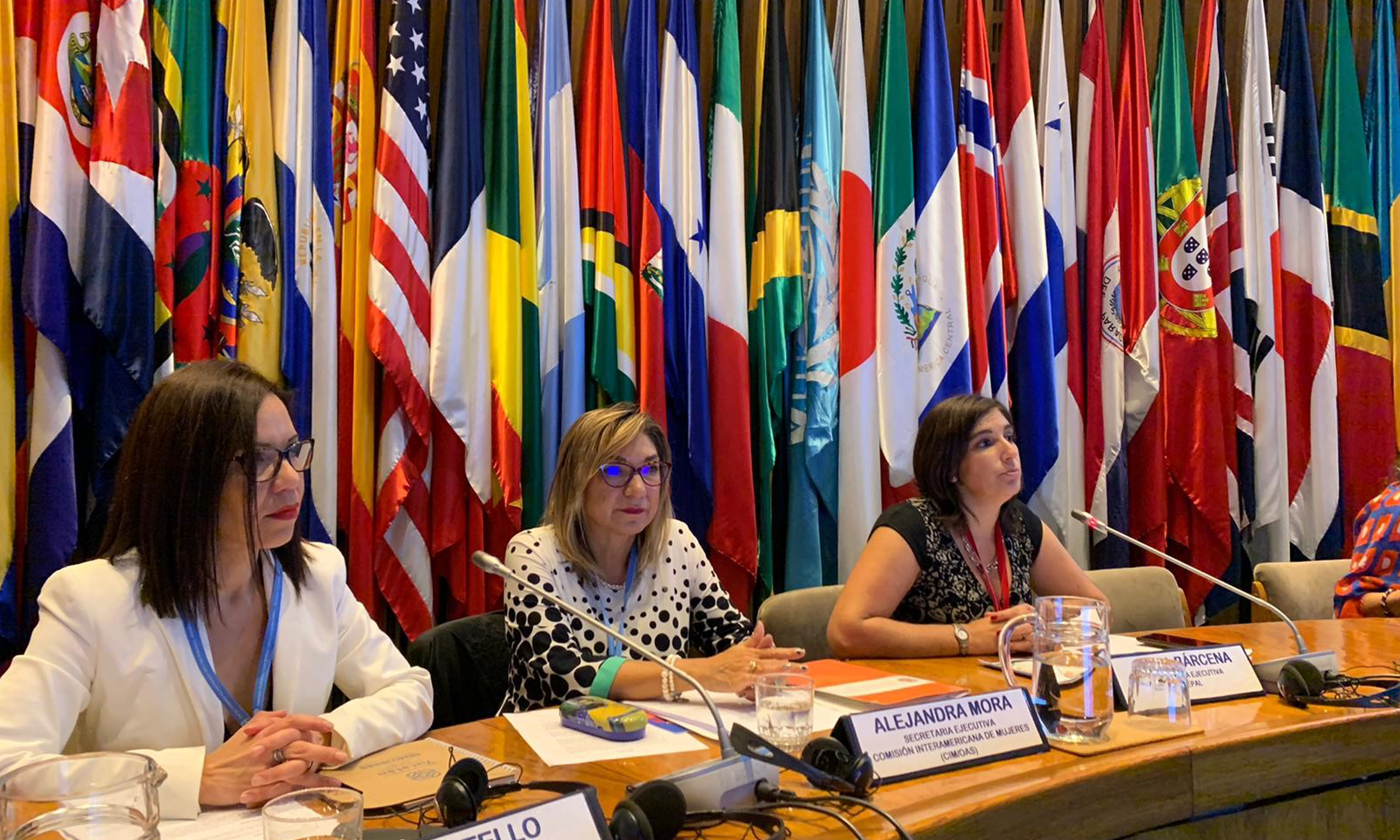 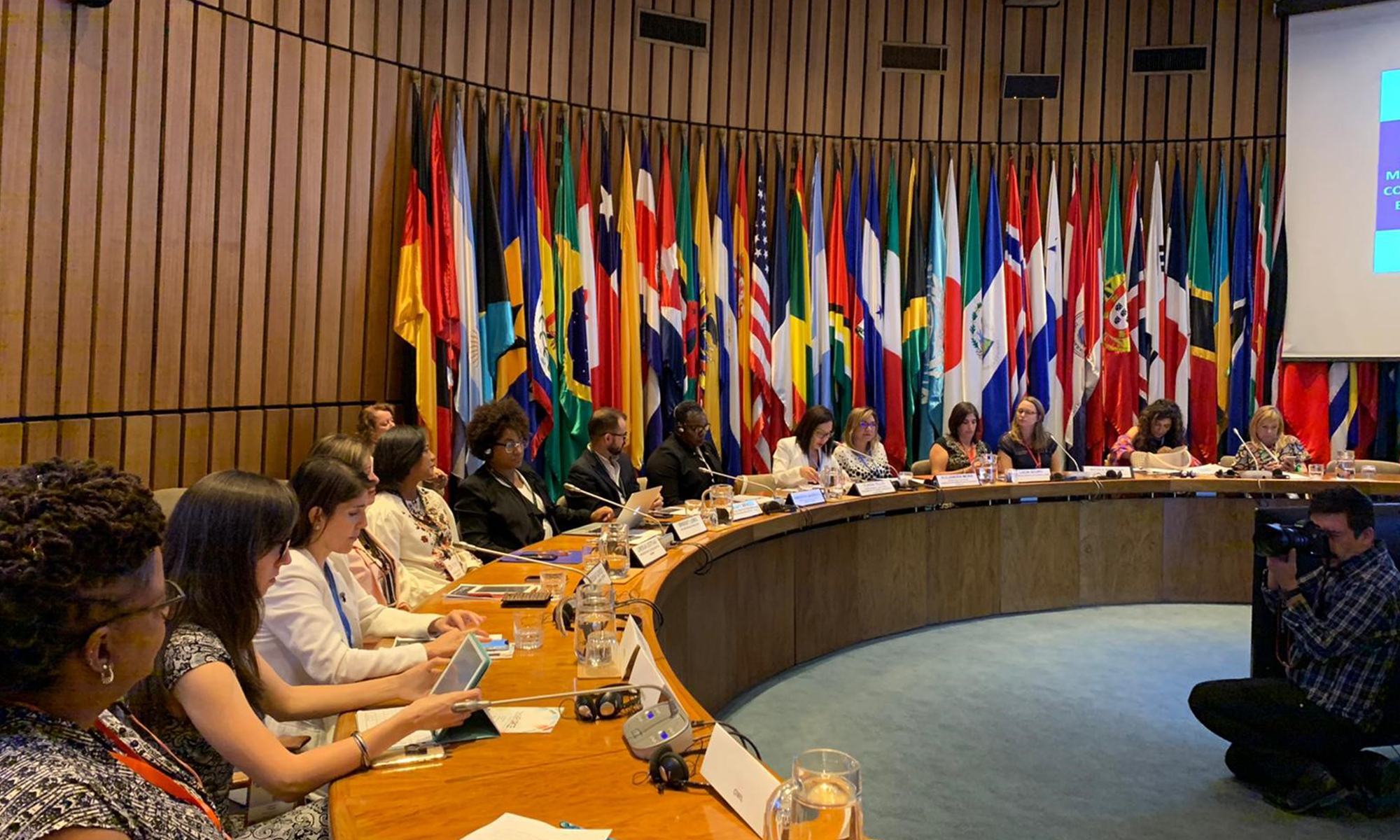 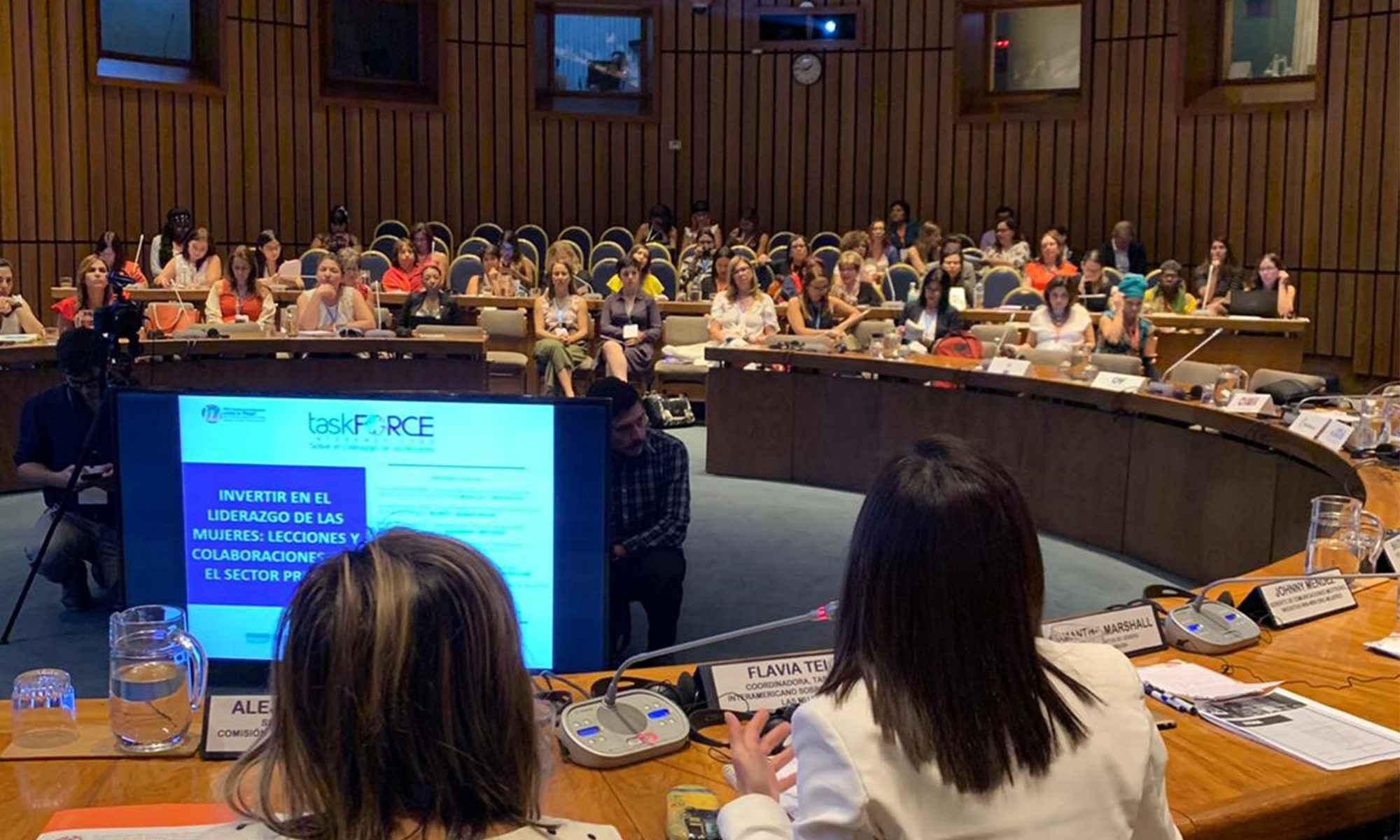