PROSPER UNDER THE SUN: Faced with the ever-increasing global demand for renewable energy, two Andean communities in Peru use solar energy to develop sustainable businesses

The production of energy is responsible for more than 35 percent of greenhouse gases. Using less contaminating energy is necessary to properly face the challenges of a changing climate. Because of this, one of the Sustainable Development Goals established by the United Nations for 2030 is affordable, sustainable energy for everyone. 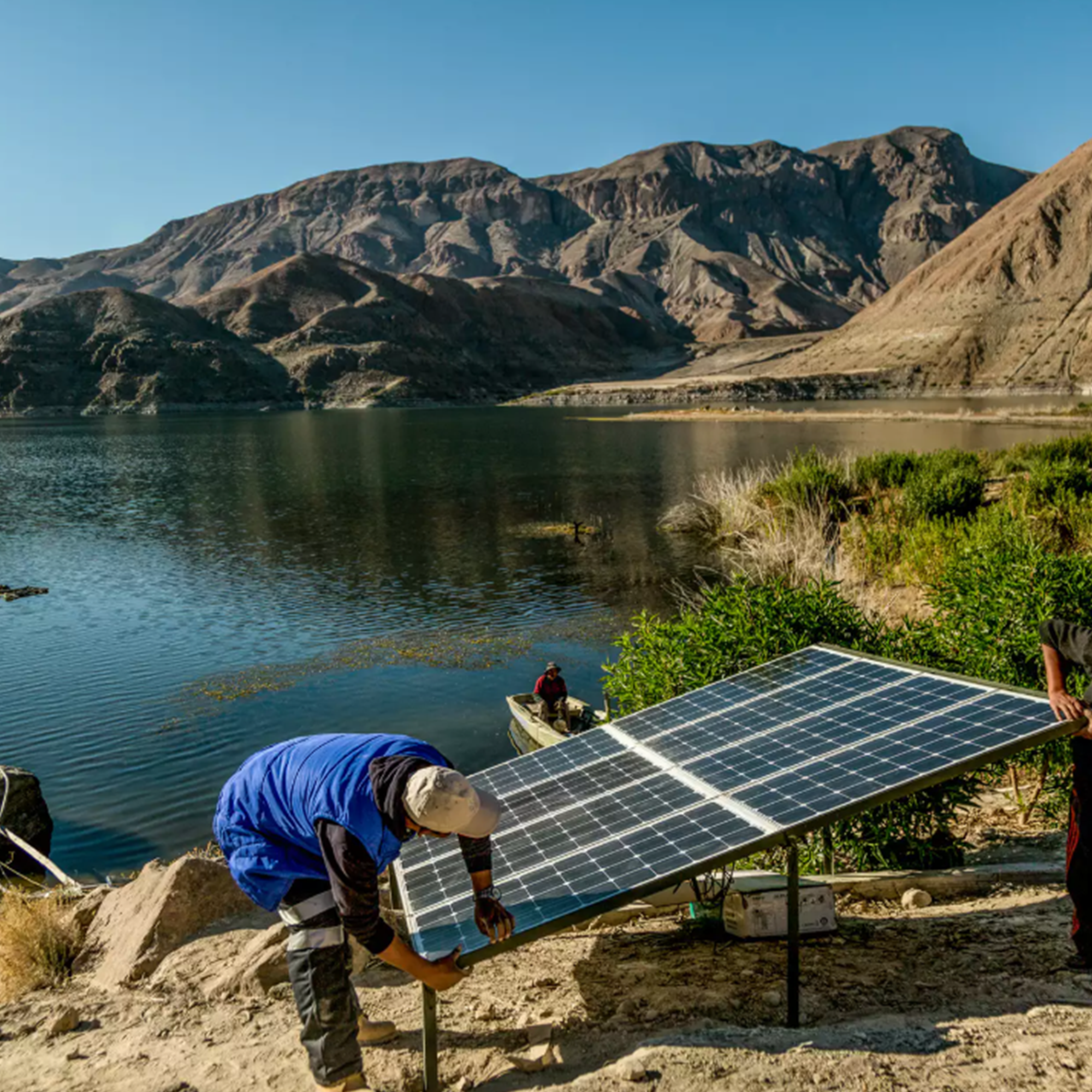 A LIGHT IN THE DARKNESS

In recent years, renewable energy has increased—since 2011, more than 20 percent of the world’s energy has come from renewable resources.

However about 13 percent of the world lacks electricity. In Peru, according to the Energy and Mining Investment Supervising Agency that’s more than two million people, mainly those living in rural areas.

Renewable energy not only contributes to reduced greenhouse gas emissions, it can also satisfy the energy needs of vulnerable rural communities. 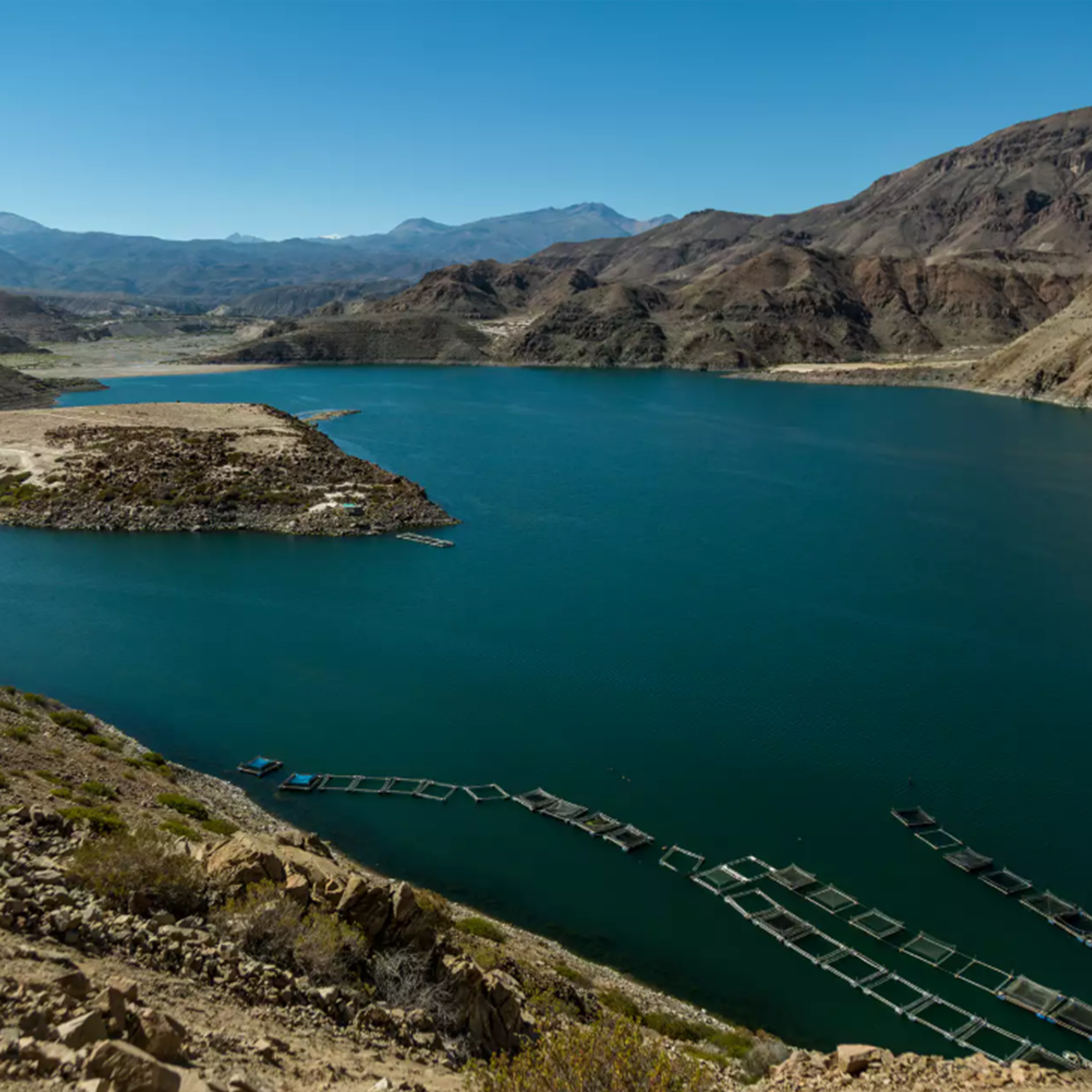 Henry is working on repopulating the native fish in Lake Aricota, in the highlands of Tacna. Henry grew up watching the native species of his favourite lake become a feeding ground for the foreign fish the community introduced for commercial interests, and with no regard for future consequences.

More than 10 years later, the lake has not only shrunk, but it has also lost a big part of the fauna it used to house. The suche (Trichomycterus) y and the carachi (Orestias luteus) are two of these species. Both have great production and nutrition potential, and Henry and the rest of the San Pedro Fish Farmer Association are trying to restore their population and habitat in a sustainable way. The process consists of making hatcheries so fish can reproduce. Once the young are born they are placed in special cages in the lake. In this way, new fish grow in their natural habitat and in a controlled environment which protects them from potential danger. Once they mature, the fish are released into the lake and can feed the locals. 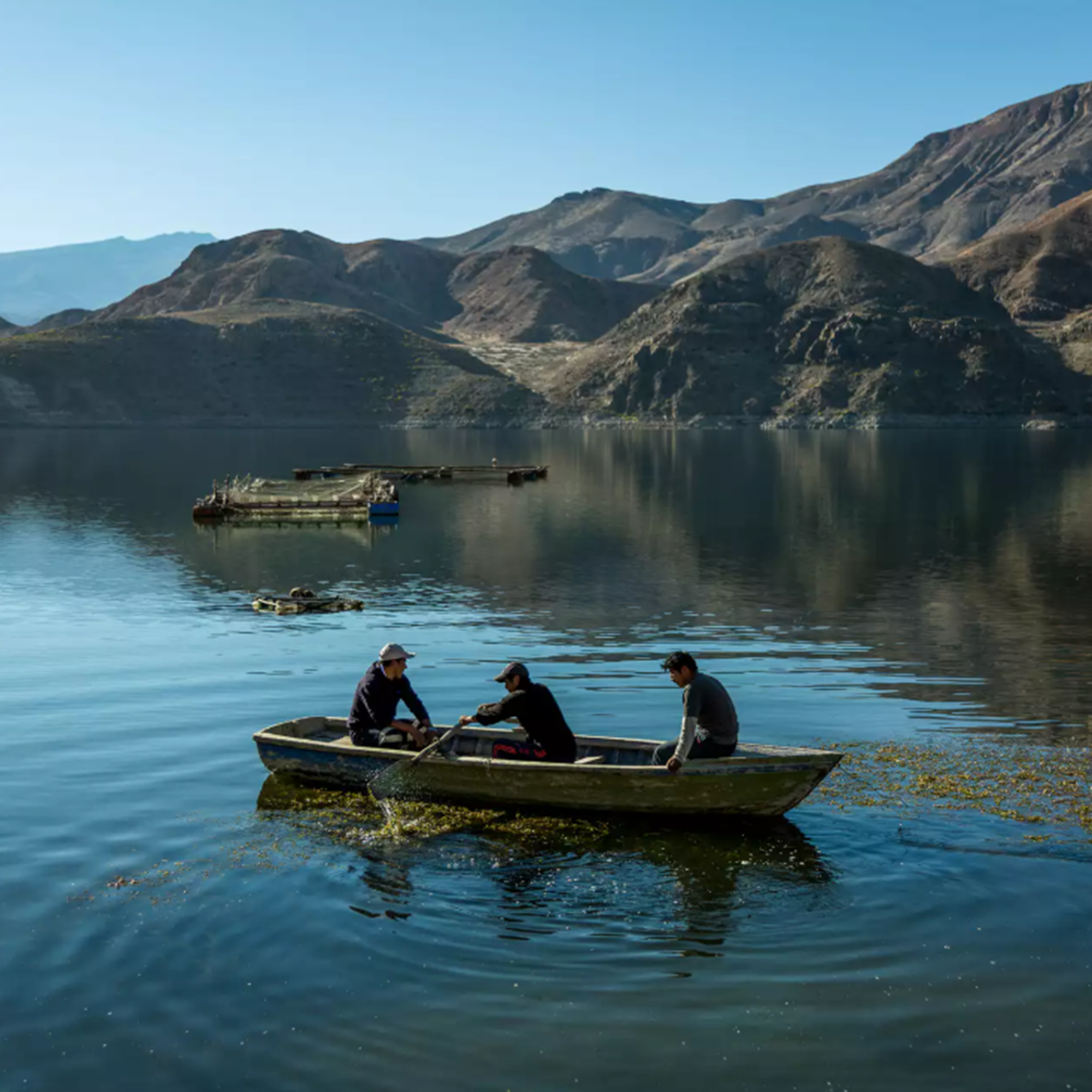 With this initiative, the Aricota fish farmers protect the lake’s biodiversity, and at the same time they benefit from the nutritional potential of the fish, and improve their quality of life. The energy Henry and his associates need comes from the sun. In the shores of Aricota, a photovoltaic panel catches the sun’s rays and turns them into hope.

“My biggest motivation is rescuing everything that is being lost. If we do it, it’ll change our lives, we’ll have greater incomes, better health and progress in our community,» Henry says. 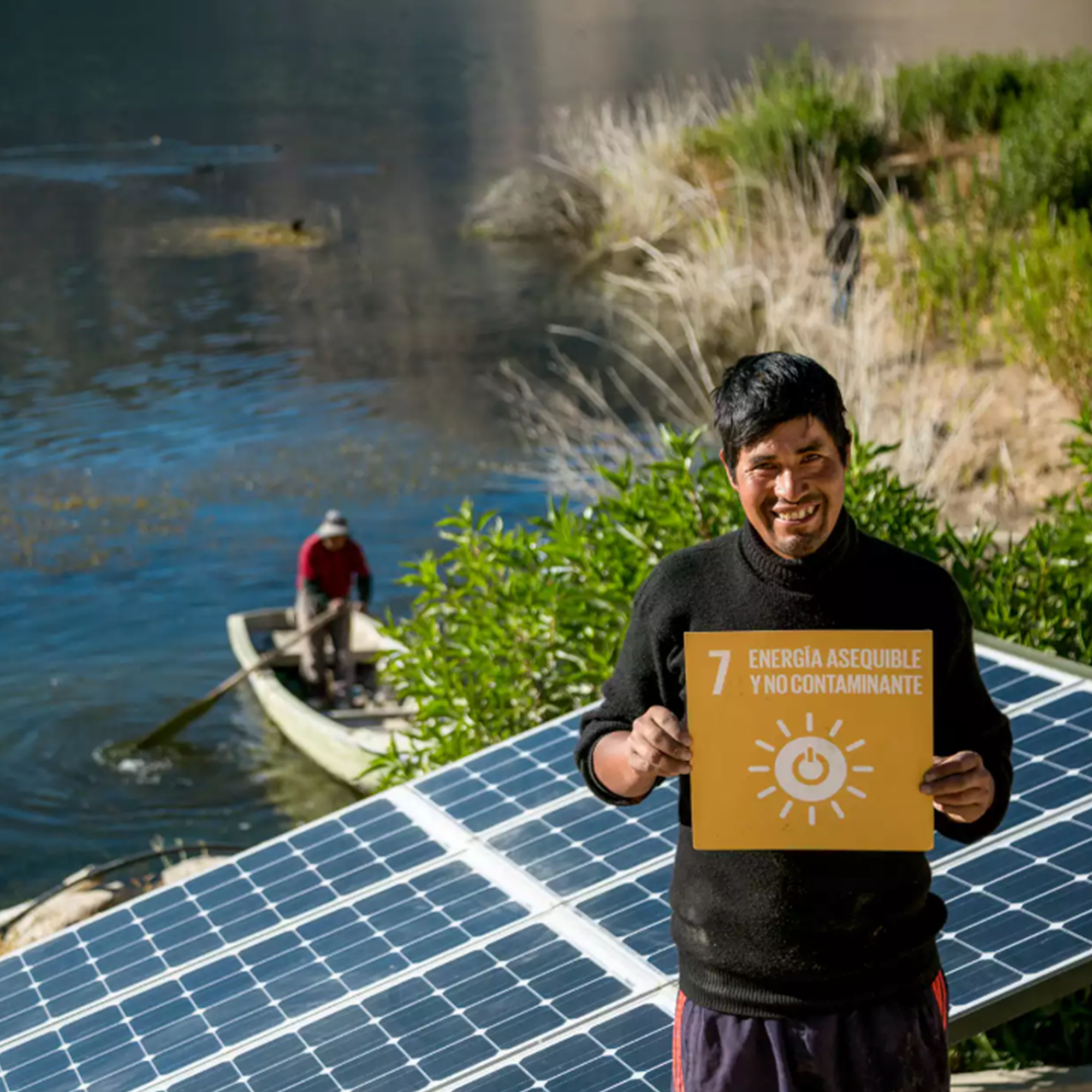 Ruth is a young artisan from Sibayo, Arequipa’s first green district. Since she was ten she has been learning textile artisanship from her best teacher, her mother.

Ruth remembers that she used to dislike weaving. “But later, I understood that artisanship was my mom’s legacy, her heritage. It was part of my culture,” she says proudly. She has become a member of the Sumac Pallay Association.

In Sumac Pallay the women knit sweaters, hats, scarves and blankets with 100 percent natural alpaca wool. After shearing, the wool is classified by its quality, giving the artisans the opportunity to choose the finest wool for their products. Then they start the spinning process. 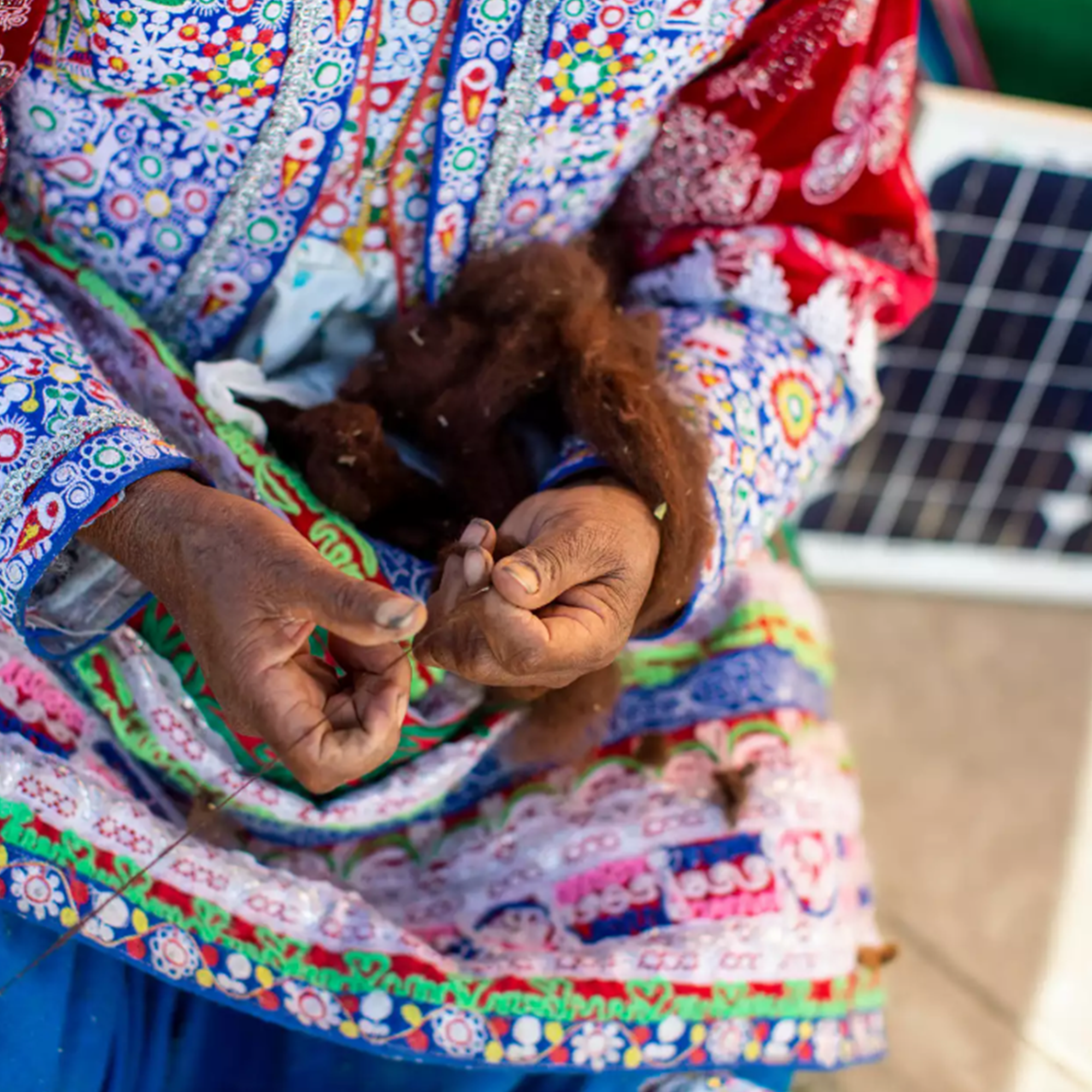 The skill the women of Sibayo show when spinning wool has no comparison. Always striving to improve, they’ve even developed instruments and innovative techniques, like the portable solar panels they use outdoors to spin the wool faster and better. “Before, we used to spin with the spinning wheel, it took a long time, now with the solar spinning machine we have doubled our production,” Ruth says. 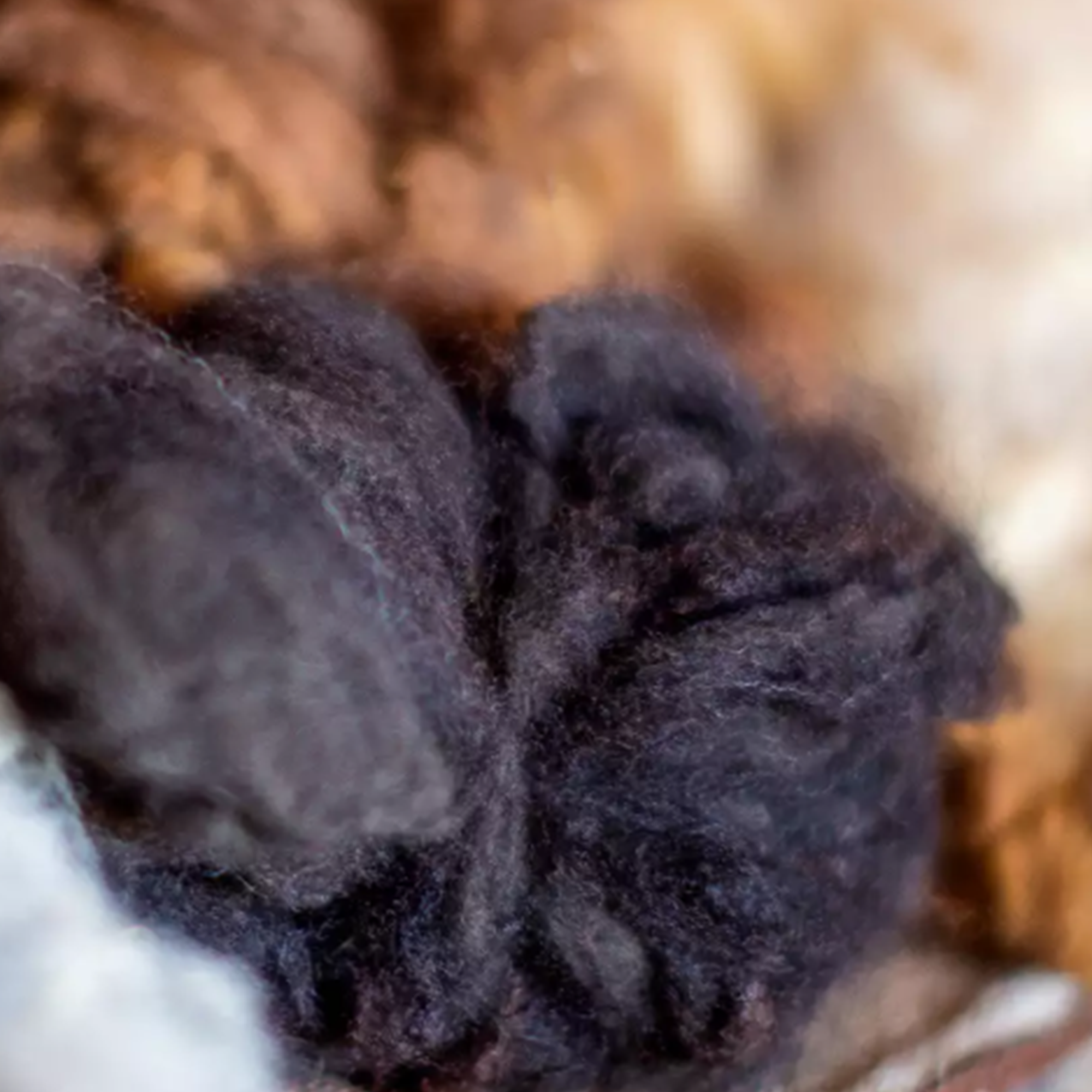 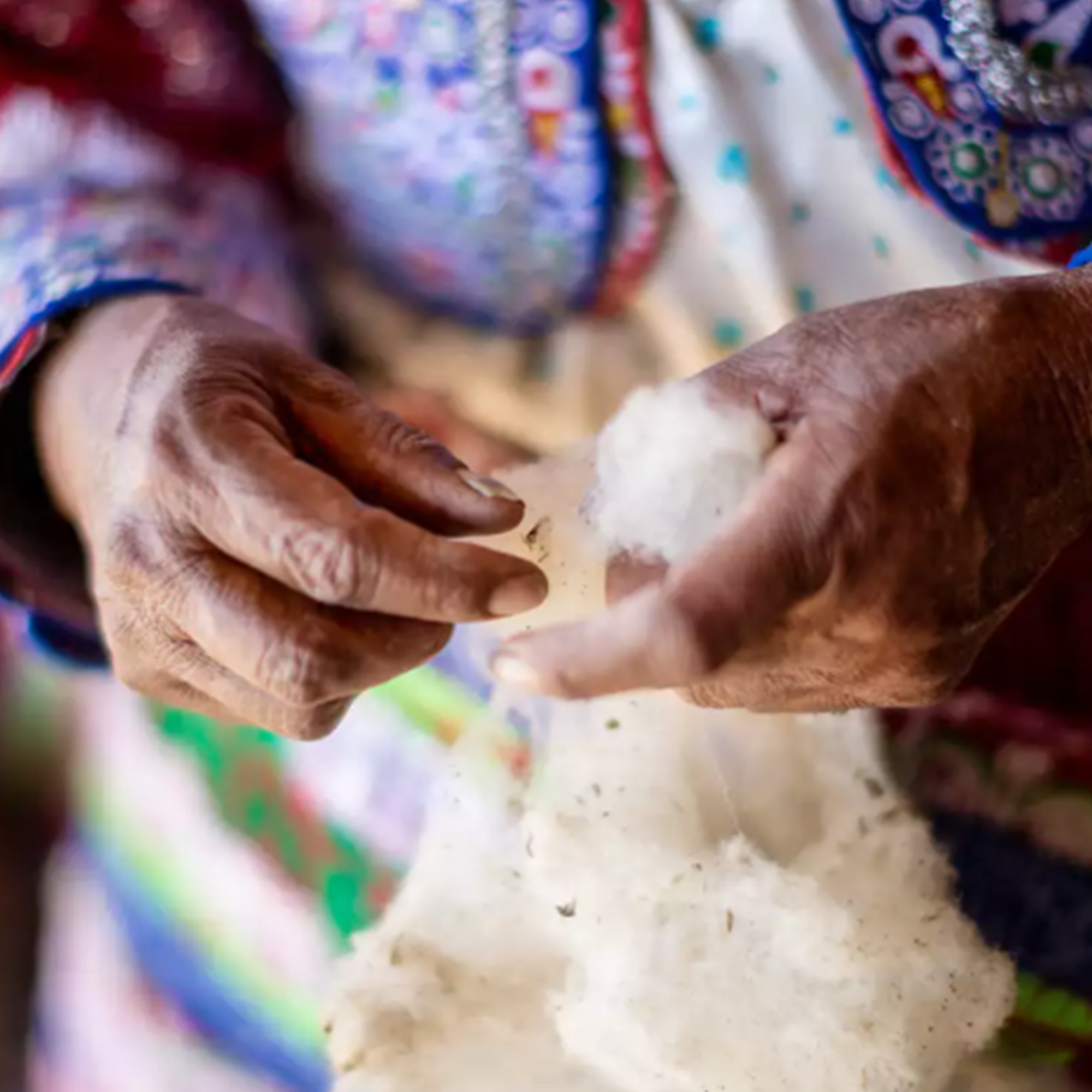 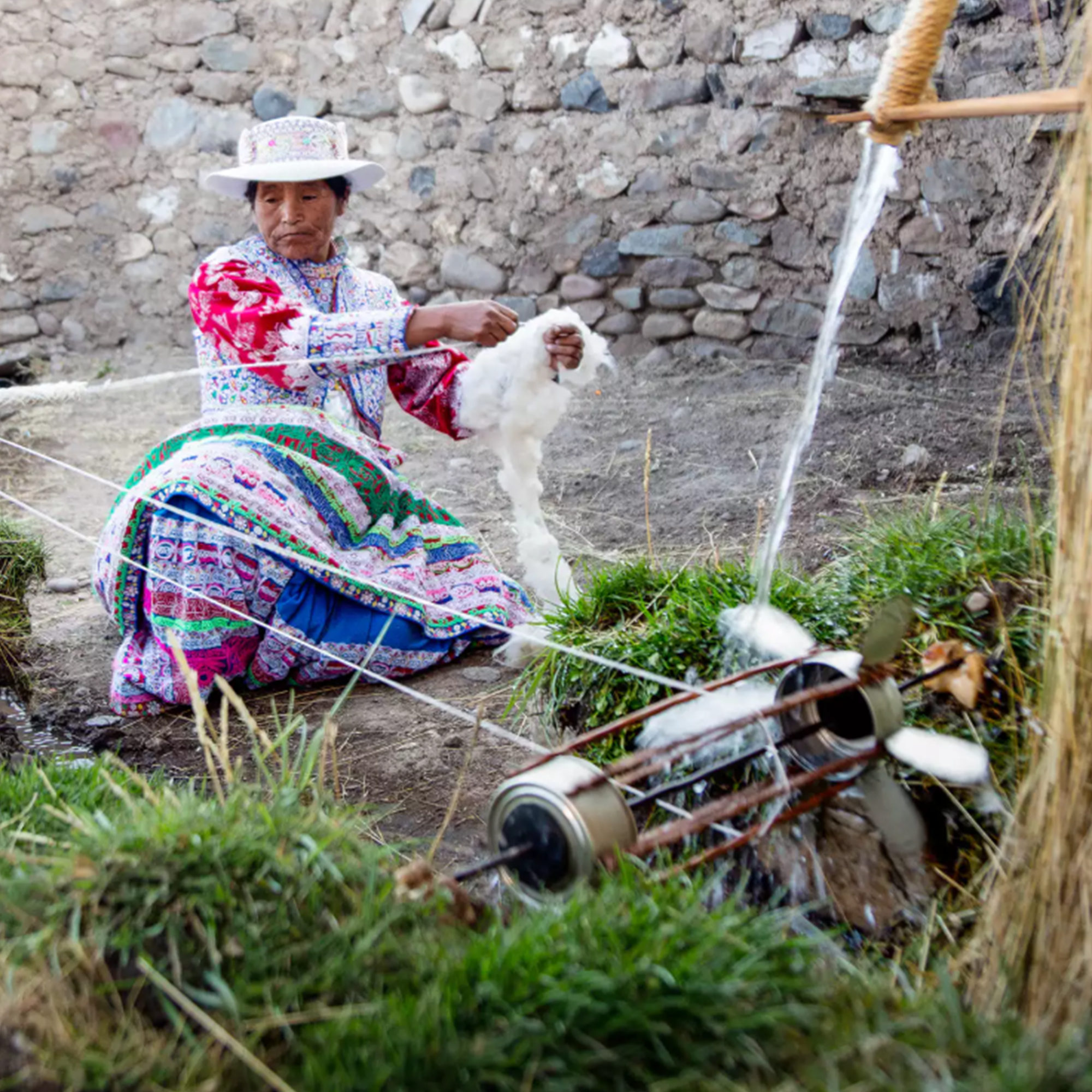 The community lives not only from artisanship, but also from ecotourism. Many of the town’s houses act as communal lodging and almost all of them use solar panels for heating water and electricity.

Like in Aricota, in Sibayo the people understand the sun is a natural energy source and they’re already using it in their production. Ruth and Henry are living proof that clean energy also represents an opportunity for the development of green businesses in vulnerable communities. These community initiatives are supported at a technical and financial level by the Small Grants Programme of the Global Environment Facility (SGP-GEF) and the United Nations Development Programme (UNDP), with the support of the Ministry of the Environment of Peru. In this way, Peruvian communities are overcoming poverty and contributing to the 2030 Agenda for Sustainable Development. 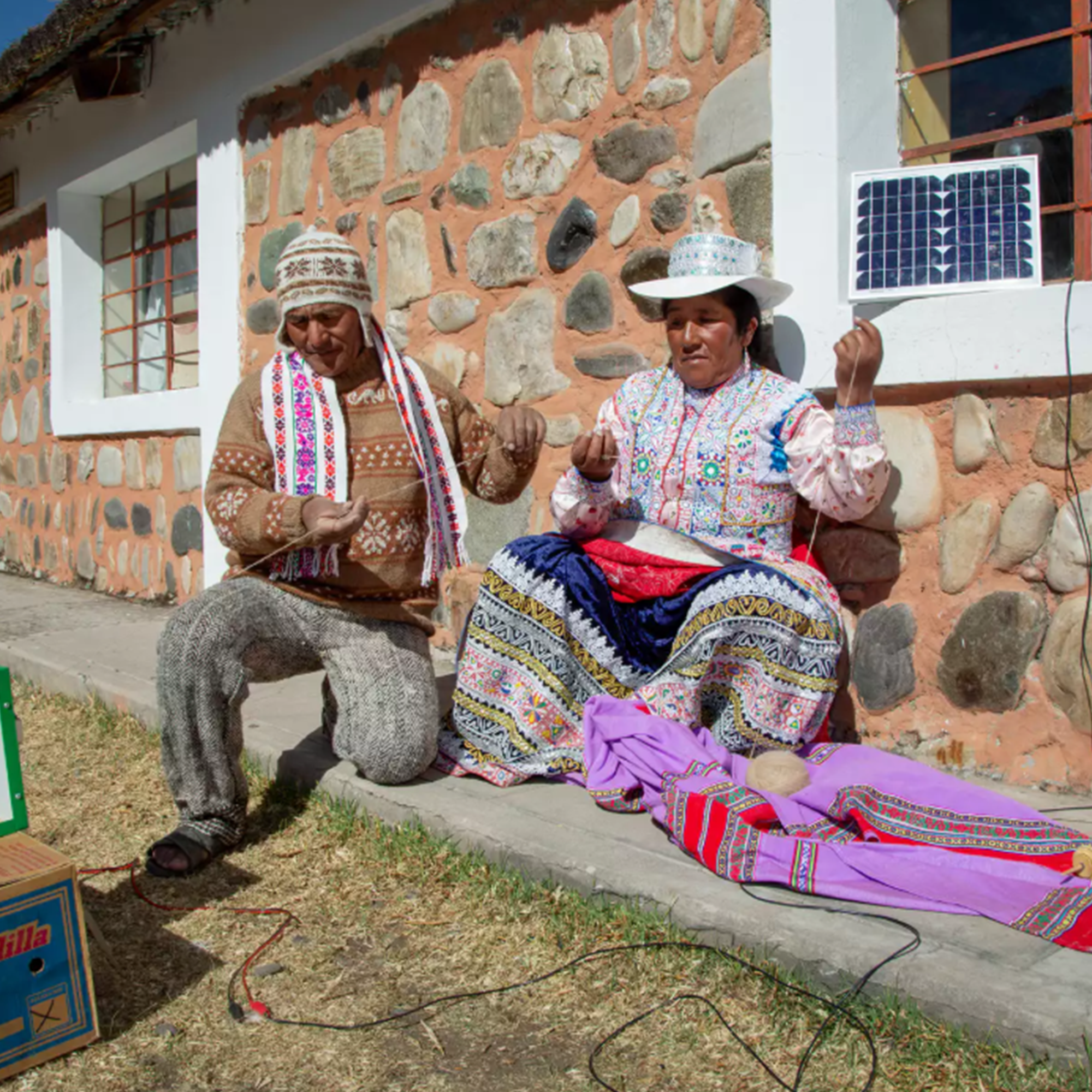 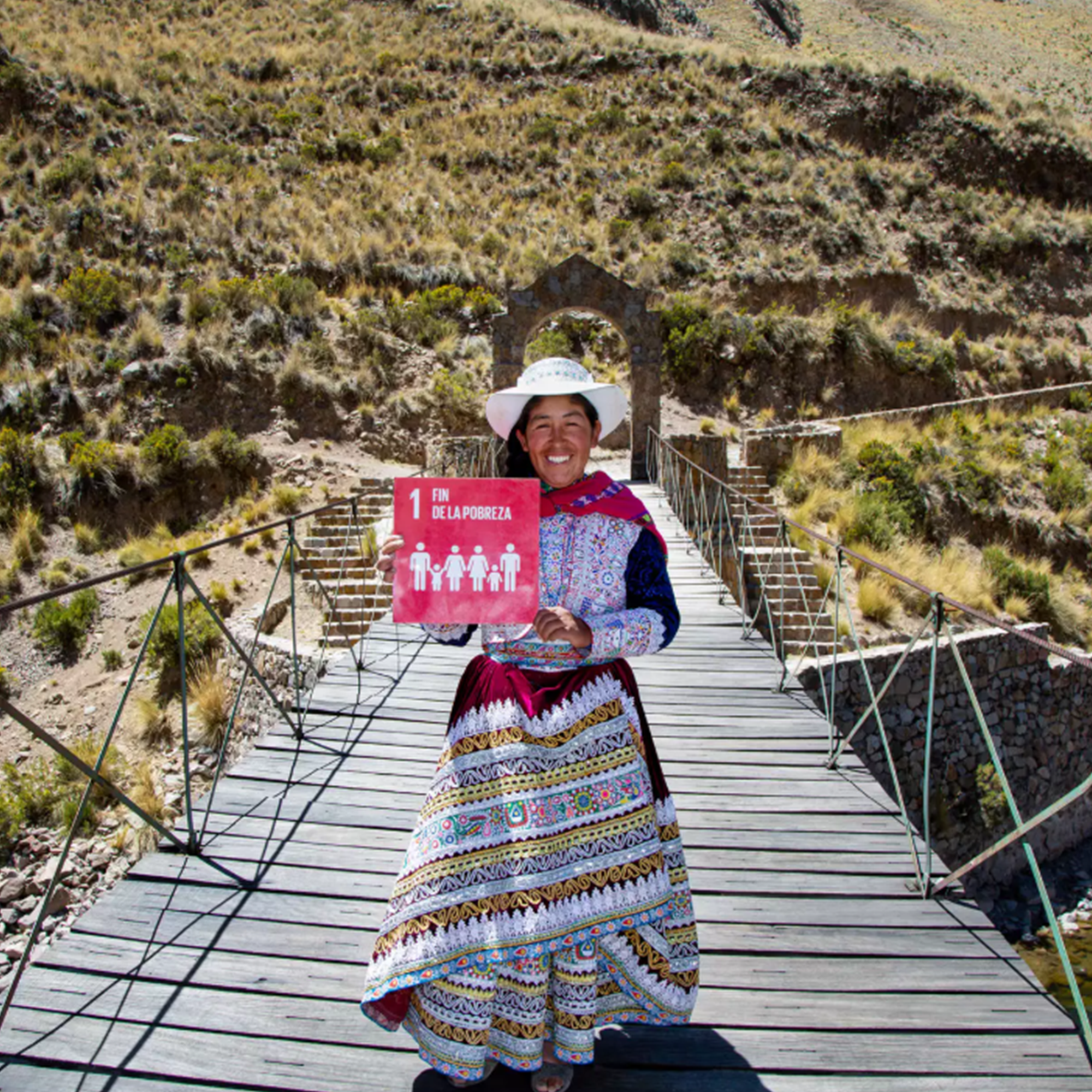 These stories are part of the SDG Deep Dive series, to illustrate how the 2030 Agenda has an impact on development and showcase the first results of the plan that will change humanity forever. Through these stories, we can see how countries and communities are using the SDGs in the real world, with the support of UNDP.