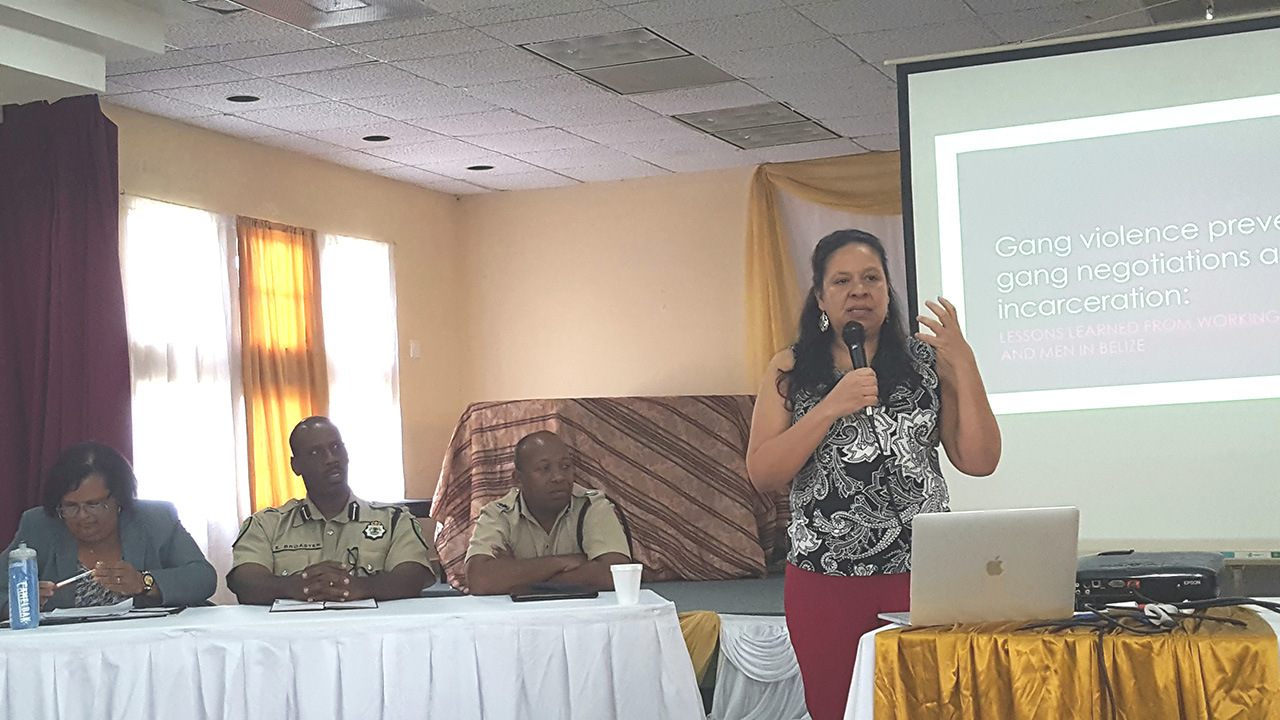 Social workers, educators, law enforcement officials and justice department workers joined the academics at the University of Belize in a two-day brain-storming session to work out a way forward for effective intervention to brake and end young male violence in Belize. “Understanding Masculinities and Male Violence in Belize”was the subject of the two-day seminar hosted by the Ministry of Home Affairs at the George Price Center on Monday and at UB Jaguars auditorium on Tuesday, March 26-27. The United Nations Development Programme (UNDP) in Belize helped fund the workshop in collaboration with the InfoSegura Project.

Violence in Belize is such a thorny issue affecting so many sectors of society that it required a multi-sector approach, with the Chair of the National Women’s Commission Esther Ayuso presenting the National Action Plan to address Gender-Based violence, while Cuffa Ramirez-Aranda presented the numbers on the incidence of gender based violence in Belize, as derived from an analysis of crime data by the Belize Crime Observatory within the Ministry of National Security.

Different agencies have tried to address the problem of marginalized youth who stray into a life of crime, finding solidarity in youth gangs; and Marnette Westby of the Conscious Youth Development Program described what success her agency has been having with gang mediation among the young men of Belize City’s Southside, dating back to the famous 1995 signing of the Gang Truce at Birds Isle. Assistant Commissioner of Police Edward Broaster, a C.Y.D.P. veteran himself discussed the challenges the Police still fade in dealing with at risk youth who come into contact with the law; and the new face of this tough love intervention Assistant Commissioner of Police Chester Williams discussed his more enlightened approach to the problem and what success he has had.

The Ministry had also invitedan international expert on social research, Dr Adam Baird of Coventry University to share the findings of his research in this field from Belize, Colombia and Trinidad. He described how many of society’s crime problems are born in broken homes, where the abused and unloved child grows up to be an abusive, unloving and aggressive adult. The author of the famous Gayle Report on Southside gangs: Dr. Herbert Gayle was also present to describe his latest research findings from Belize and Jamaica.
On day two of the workshop, Caleb Orosco described the unique problems the Lesbian Gay Bisexual Transvestite (LGBT) community faces, and the inability to access justice when members of Police Department take an insensitive approach to incidents of gay bashing.
Virgilio Murillo shared the Kolbe Foundation’s data on gang populations within the prison, and their efforts to rehabilitate these offenders during their time behind bars, so they do not become repeat offenders.

Germaine Crawford of the Gateway Youth Centre on Belize City’s southsideshared how difficult it is to bridge the communication gap to the disenchanted youth who come through his doors, seeking way out, and that getting them to open up and talk can take as long as three years or more. Many feel themselves trapped within their communities or neighborhoods, and need more exposure, they need to get out to see and understand that violence is not the absolute only alternative. Community activist Nuri Mohammed noted that there seems to be considerable overlap and duplication of efforts in what the different agencies are doing, wasting resources in re-inventing the wheel. 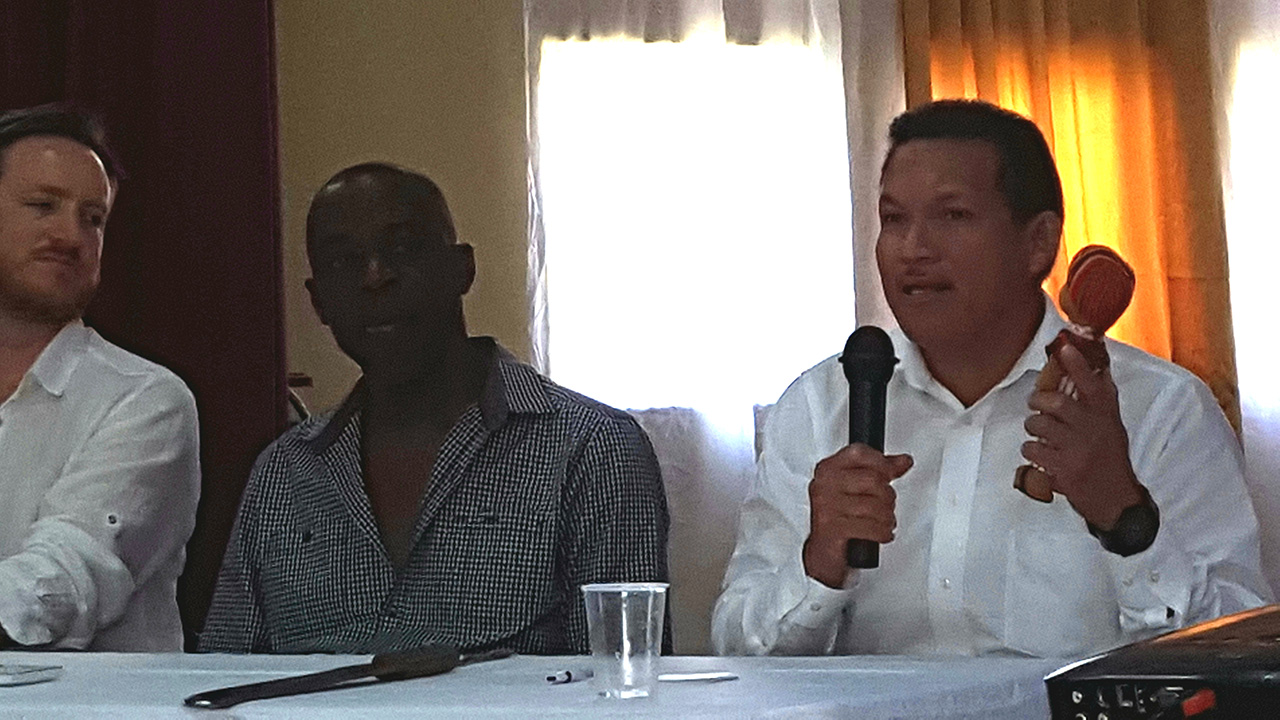 Director of Public Prosecutions Sheryl Vidal also weighed in on the difficulty of making witness protection work within Belize, while the justice system in other islands within the Caribbean region have found ways to move witnesses to other island for protection. She said it had been her experience in Belize that often time, the witnesses to a crime would not only shun the Police efforts to get their testimony, but would be in communication with the suspect to assure him, that they are not cooperating with the police, to avoid becoming a target. The witnesses are intimidated and are often much better informed of who the long arm of the gangs as reached out to silence anyone who was willing to testify in court. 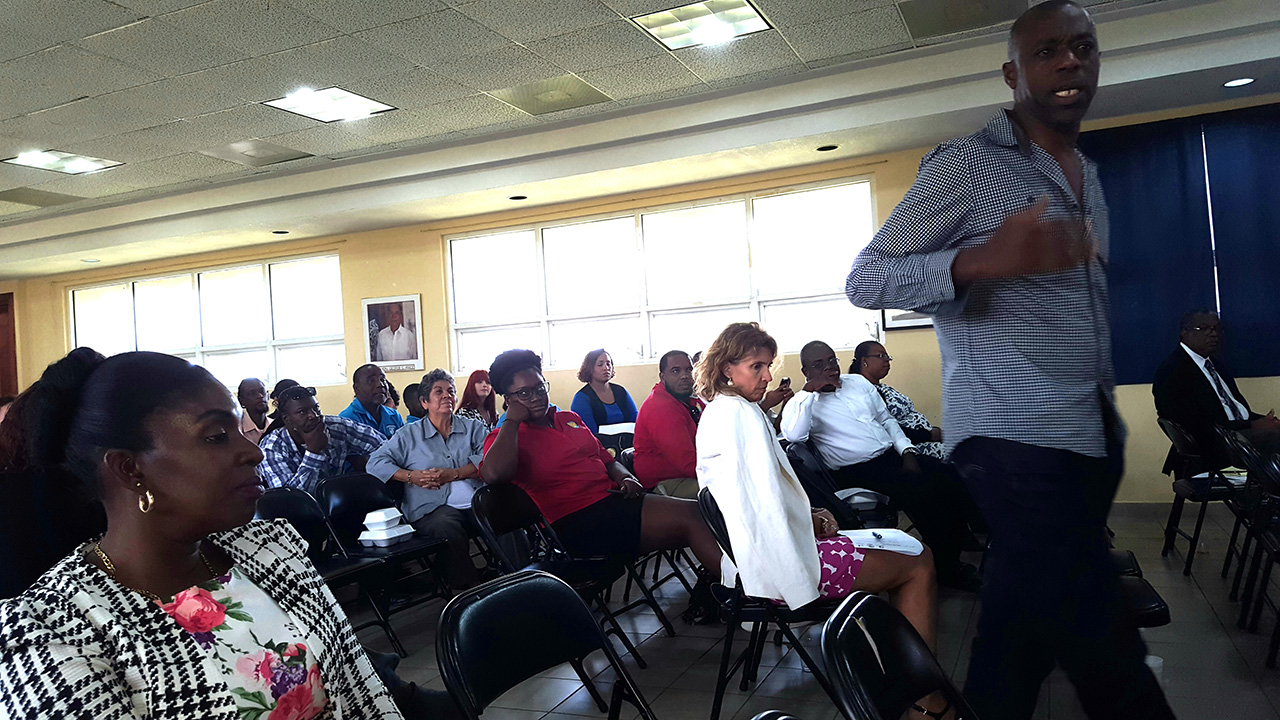 The participants produced a list of recommendations from their two-day discussions; that there should be a registry of the different programs, resources an services available to these at risk youth, to avoid duplication of efforts and to get the biggest bang for the buck. At risk communities should also be mapped to identify their needs so the various social agencies can respond appropriately. There should also be a policy to protect students who may be suffering discrimination within the walls of the academe. The various institutions should also be coordinating their interventions by forming a counsellors’ and social workers’ association. There is also a need for more trained counsellors, and the suggestion was that training scholarships should be made more accessible to those willing to take up the challenge.