Nana Sangaré is mother of seven children, a deputy mayor and chair of the women’s association in Sirakorola, a town northeast of Mali’s capital Bamako. Her association oversees

solar panel installation and solar battery charging in her village. Because she has her own solar panels, Sangaré can now irrigate her crops with a solar pump, and her market gardens have become more profitable. These extra earnings have allowed Sangaré to better provide for her children. 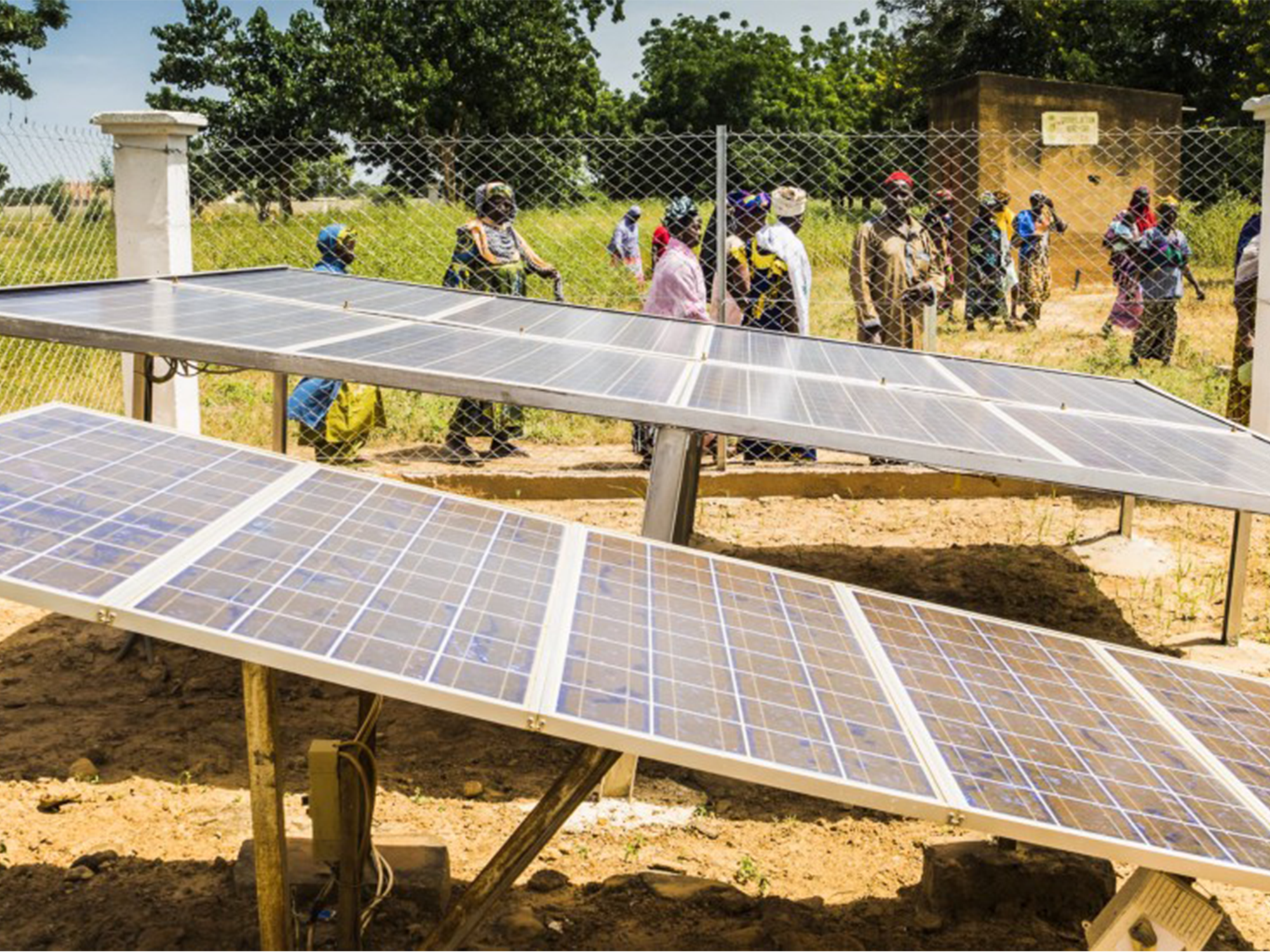 Because she has her own solar panels, Sangaré can now irrigate her crops with a solar pump.

This Mother’s Day is an opportune time to reflect on the work that mothers like Sangaré and all women do around the world, particularly unpaid domestic chores such as cooking and cleaning, caring for children, the elderly and persons with disabilities.

Despite the increasing recognition of unpaid care work, it still often remains invisible and is taken for granted. And women continue to do more of it. The latest global estimates show that women dedicate on average 3.2 times more time to unpaid care work than men, but earn on average 23 percent less in the labour force.

Yet, it’s increasingly clear, as shown in the recent paper Gender Equality as an Accelerator for Achieving the SDGs, published by UNDP and UN Women, that reducing and redistributing unpaid care work is crucial to achieving the 2030 Agenda for Sustainable Development. This is why it’s included in SDG 5, under target 5.4; to recognize and value unpaid care and promote shared domestic responsibilities.

To do this, UNDP has supported countries adopting labour market policies, implementing time-saving interventions and bridging data gaps. The annual report on the implementation of the UNDP Gender Equality Strategy shows, for example, that with UNDP’s support 612,000 women-headed households got clean energy in 2018, which improved their income and health. In many countries clean and renewable energy also enables women to reduce the time they spend on domestic work. 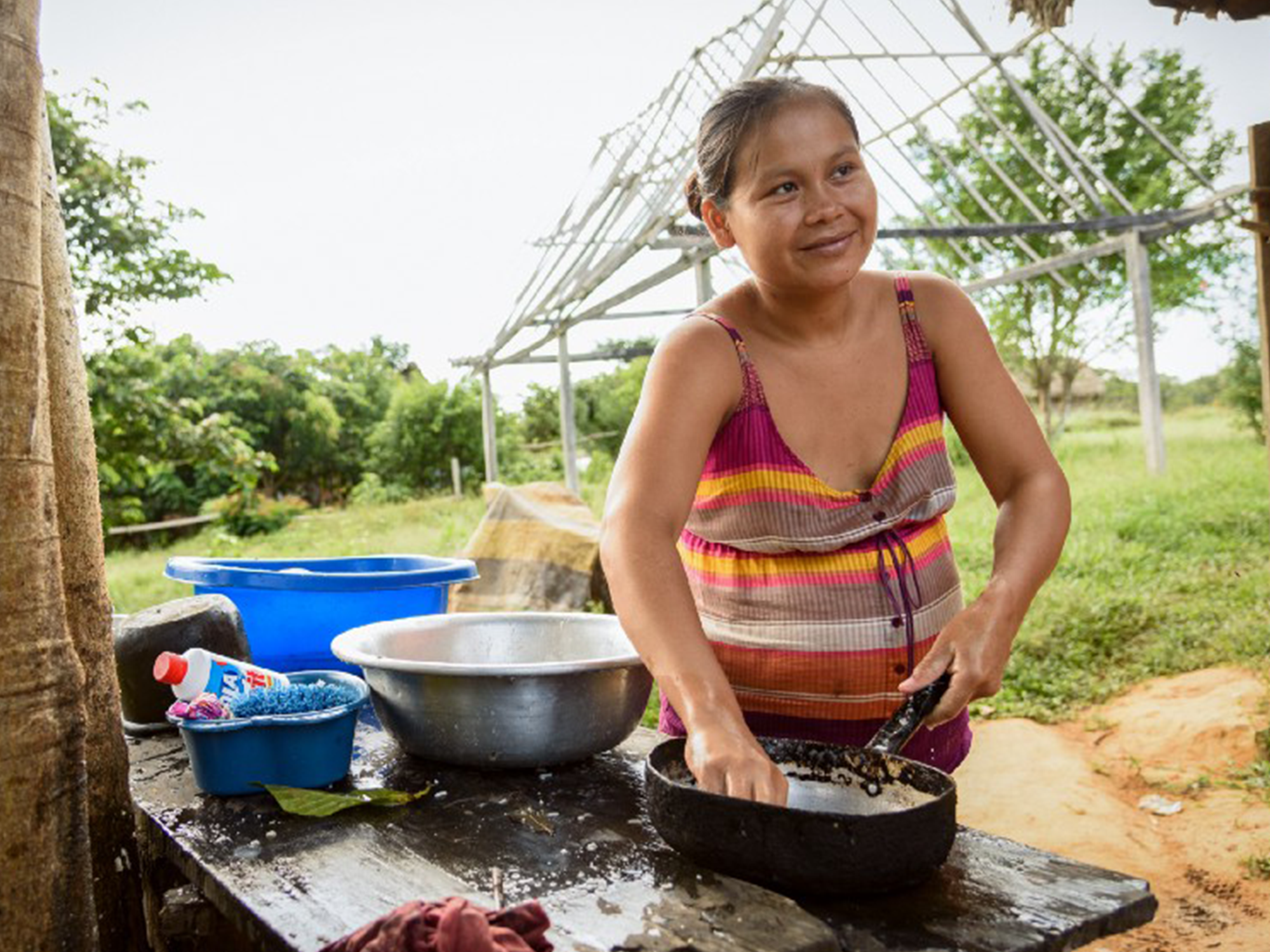 Zuleyde Sanjinez Racua, 25, does the dishes outside her house in Santa Rosa, deep in the Bolivian Amazon.

On a regional level, UNDP works with the International Labour Organization to collect statistics and evaluate the economic value of unpaid care work in Asia and the Pacific. UNDP also helped the Government of El Salvador develop its national care policy, and in Brazil we helped build ecological stoves, which enabled women to save a four-hour walk transporting 20 kilograms of firewood three times a week.

We need to rethink gender roles and redesign public policies if we are going to make more progress towards the 2030 Agenda. Gender-responsive infrastructure; clean energy; labour market policies related to equal pay and workplace non-discrimination; public quality care services; and paid paternity and maternity leaves are all important ways to ensure that women receive fair treatment. 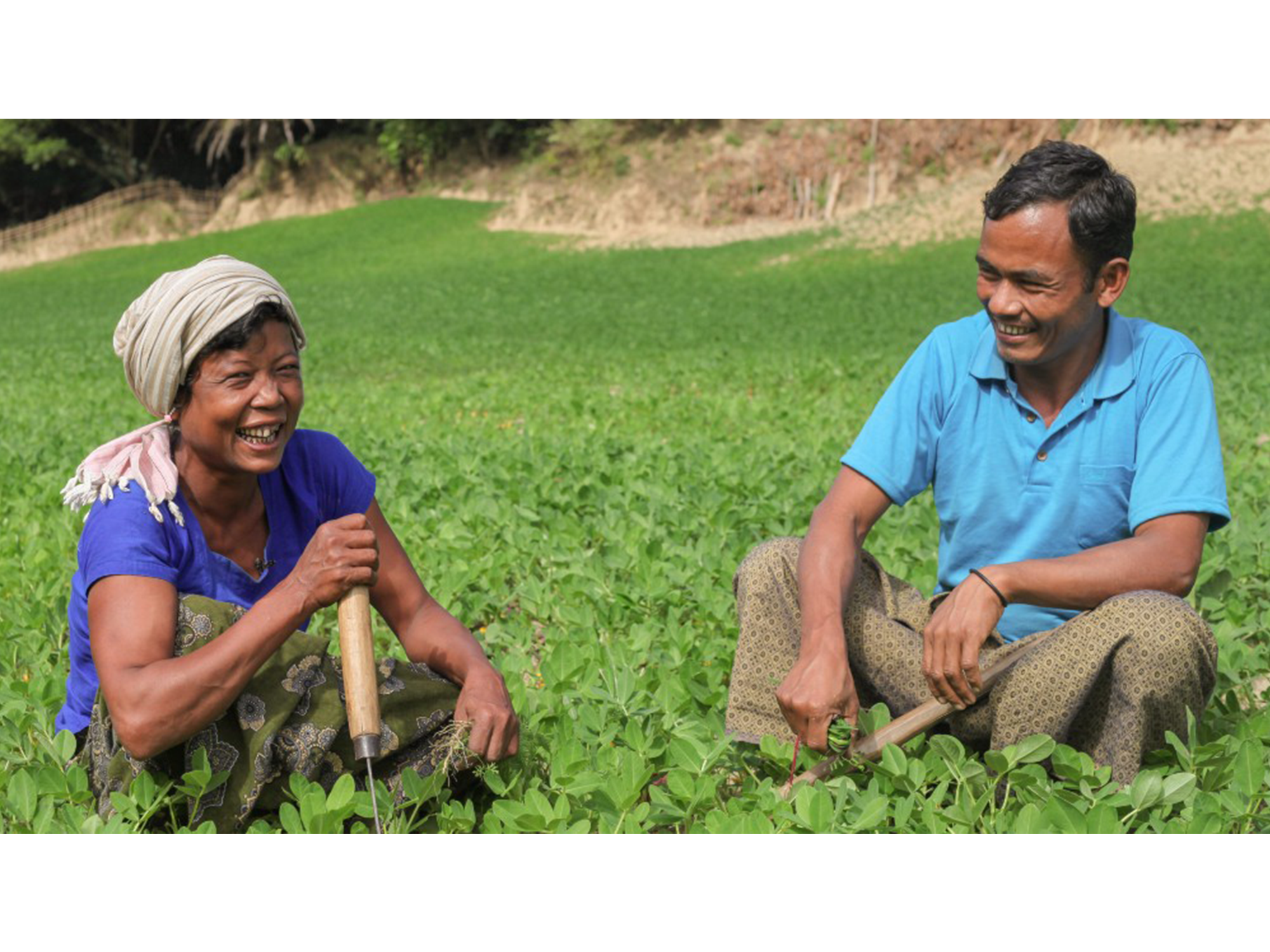 Positive family role models also matter. Boys whose fathers doing child care and domestic work are more likely to do this work as adults. And ultimately, gender equality in the home is conducive to gender equality at work, in the community and in society.

We must take these steps. Without reshaping gender roles and transforming power relations — from individuals and families to structures and institutions — we will not be able to achieve gender equality and, indeed, the 2030 Agenda.

Esuna Dugarova is a Policy Research Specialist in the Gender Team, Bureau for Policy and Programme Support, UNDP